“What in Life gives me the Most Pleasure?”

Today I sit and pause in deep contemplation

As I search inside my soul to truthfully answer

A mind provoking and piercing question,

“What in life gives me the most pleasure?”

This small mental quest indeed causes me to ponder.

Well I do enjoy being with friends and visiting family,

Traveling, and embarking on some adventures.

Into the forest, along a beach, or across a meadow.

Where in nature I might find some lovely discovery

And with my camera take some new photos.

But the most pleasing thing is quiet and lasting peace

In my mind and heart which only Jesus can give to me.

Wintery Shape in the Snowscape

AND SEE THE SNOW. AS SNOW

FLURRIES FLUTTER AROUND AND

DRIFT ON DOWN ALL TOO SOON COVER

THE GROUND. SNOW, SNOW, AND

MORE SNOW! STARTING IN NO

THAT IS THE WAY THE WEATHER

WILL GO; SNOW, SNOW, AND MORE

SNOW. AND THAT SCENE OF EVER WHITE

SNOWFALL IS SIMPLY NOT ALL; FOR ALONG

WITH THAT SNOW WILL COME WINTER STORMS

AND MONTHS OF SNOW AND WINTRY COLD

CAN SEEM TO GO ON AND ON. EVEN SO,

ON CLEAR DAYS WHEN UPWARD

YOU GAZE YOU MAY SEE THE

SKY IS A BRILLIANT HUE

OF VIVID BLUE BENEATH THE GLOWING EYE OF THE SUN.BUT THEN STILL ALL THAT PURE WHITE SNOW AND MORE SNOW UNTIL WHITE IS THE ONLY COLOR YOU KNOW. EVEN STILL WINTER DOES HAVE ITS’ THRILLS WITH SNOWSHOEING, SKIING, AND SLEDDING DOWN HILL.AND ON A BLUSTERY COLD AND SNOWY DAY YOU JUST MAY CONSIDER YOURSELF LUCKY ALONG THE WAY WHEN YOU SPY IN THE SKY AN UNUSUAL VIEW OF AN ARCHING SUNDOG OF A VIBRANT ORANGE HUE. IT IS A WINTER RAINBOW; A SIGN OF HOPE JUST FOR YOU.THEN BACK TO THE SNOW, SNOW, AND MORE SNOW! OH THAT SNOW NEVER SEEMS TO QUITE END UNTIL FINALLY COMES WELCOMED SIGNS OF SPRING. 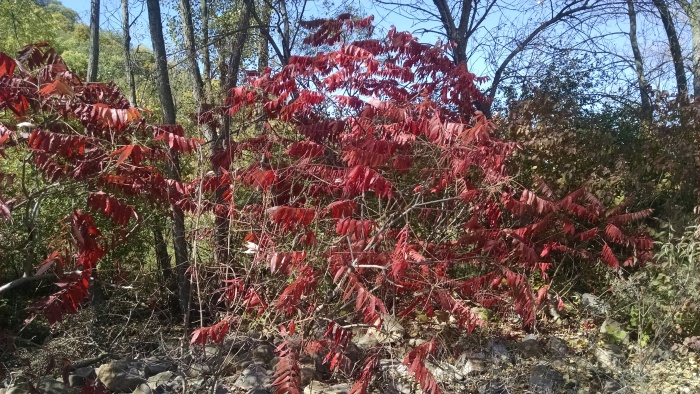 Flavor of Autumns Past

Clasping to the limbs are leaves of deep and changing

And bright splashes of dark lime and lemon yellow grandeur.

Sweet memories of walking, strolling, and

Wading through clusters, piles, and layers of fallen leaves.

Autumn is harvest time as the last

Of the vegetables and fruits are plucked smelling fresh and sweet.

Are reaped from the gardens while the clinging apples

Are pulled from the orchard trees:

The yellow delicious apples too.

The last of the corn, the wheat, soybeans, and hay

Are reaped without further delay.

Then all enjoy the harvest and a feast on Thanksgiving Day.

Enjoying the warm winds from the south

And the west; a strong and yet gentle, tantalizing breeze

Before the colder north and eastern gales

Rush on in and strip the swaying trees until they’re bare.

For by then autumn is gone and winter

Has rushed in with its snow, layers of ice, and frigid cold

As temperatures drop to zero and below.

Amid the snow and that freezing cold, we take the time

Then to restore hope of warmer days to come, a hint of

Spring is in the air as the snow melts

And the ground is bare. Also soon, the snow turns to rain

And the world becomes green again.

Summer then arrives for all those young at heart who like

To camp, hike, swim, and dive.

Such enjoyment of long days, abundant sunshine, and

Like the musical beat of a favorite song or poem which

Entails its own melodious rhyme,

Predictable and expected time. As

After autumn, winter arrives, and then comes spring

Followed by summer and then autumn

Returns again with its own aroma and charming flavor

The Ballad of a Stroll and a Photo That

One day I arose

To go on a stroll

Through the streets of this old town

Built ever so long ago

Although it was a bit chilly and cold.

A closed café, and the grocery store.

I saw plenty of old homes

containing history of their own

And I soon found the old sign describing the town’s

The old depot I well did know

Was somewhere across that other road.

It is not far to go, you know;

Just down this street, this century old road.

Then make a right turn and then a left

Until I am strolling on Main Street due North.

I have my camera in tow with a bit of hope

But many times that bit of hope is quite remote

As this small town remains continuously the same.

Although I reminded myself,” you just never know

What new or interesting or sight  my eye may behold.”

I walked into the Dairy Queen to have a bit of ice cream.

Then I was eagerly so wanting to stroll to a favorite place, you know.

So I continued to stroll to the small park where the

Trees towered high in the cold as I still strolled

Down the sloping, grassy knoll to stand

Alone on the beach where the waves

Not expecting to see any company

On such a cold and woeful day.

But wouldn’t you know as I looked

Out I saw not one but two quiet

In silence I watched them lift up

Off the rippling lake and gliding into the air.

They made almost no noise; hardly any sound.

But only to fly close to the nearly

And shimmered in their wake.

They hovered and glided

Back and forth; to and fro.

Then oh how I vainly tried

To shoot and take a photo

As I stood on a warped and sloping deck

With the flowing water down below.

Suddenly in a splash they arose

Seeming to not want their photo

Taken at all. Oh dear, oh no, they preferred

The pure quietness and absolute obscurity.

They had no wish to be known or be shown

Through a photo taken by me.

Over the years I have known

others who were too bashful to smile

and have someone snap a photo;

However, it never dawned on me

that a such a desire of anonymity

could apply also to the graceful waterfowl.

Now interrupted as they knew they weren’t alone.

So into the sky of billowing white clouds

They lifted in such haste and soared.

Not giving me one last look

nor any parting word.

In fear of being singled out,

Teased and hurt all over again,

She keeps herself safely hidden.

She felt the need to hide her face

As if in some buried disgrace.

For in memory she is still haunted

With visions of being ridiculed and taunted

During her long ago school days

Where she would fall in a familiar maze

Of classrooms, corridors, and hallways.

She often fretted and wondered

Which unkind classmate was around the next corner?

So, even today she fears that same stabbing rejection

Although longing deeply for one true friend,

She remains ever quiet; hardly speaking.

How she has learned to hide her pain

With her solemn and non-committal facial expression;

In the midst of a crowd, she cleverly blends in.

She walks around town with

Her covered head tilted down,

The sweet beauty of day or the warmth of the sun.

She misses the rainbow’s arching arm

In the quiet calm after a thundering storm.

She misses the watchful eagle

Sitting high on its rocky pinnacle

And his sudden majestic dive

As he soars through the sky.

He glides over the crystal blue river

Fear and lack of self-assurance prevent

Others from seeing her true consonance;

The unique person she is meant to be and her

True personality ever so carefully

Buried and shielded, so mysteriously.

But oh how she desires and longs to be

A courageous and different person, so free.

But that old foe, Fear, keeps her hemmed within

A deep darkness but soon a light does penetrate in

As one fine noon day, she decides s to be brave

Determining she had a new path; a new trail to blaze.

For it had occurred to her that she indeed had the ultimate choice;

She could remain always sheltered or make known her own voice.

As finally it dawned as she was quiet and reflective

She realized that in the heart of the matter

It was she who kept herself so silently sheltered;

There was no one else but

Just her own timid self

Allowing her being to be trapped

By old recollections of her past

Which robbed her of joy for today

As deep inside, her spirit withered away.

So she promised with a hint of trepidation,

But also with a note of celebration,

to let my face be seen; not hidden.

Oh yes, my hidden face will be seen today.”

Erin Writes and Stuff
Confessions of a Writeaholic

Writing - Loving What I Do and Doing What I Love!

The Life I Live: Crucified with Christ

thoughts from my mind to yours

A little bit of this and that

THE WOMAN WITH WHEELS

Thoughts from the Heartland

the joy of creativity

The details of my Journey.

Inspiration through my thoughts, experiences and travels

Cooking with a Wallflower
Kate's Bookshelf

All information not in hand belongs on a bookshelf

Christian poetry and prose, quotes, and thoughts - if they glorify God they were worth writing; if they mean something to one other person, they were worth sharing. Comments always welcome!

Reading fiction with a focus on craft

Erin Writes and Stuff
Confessions of a Writeaholic

Writing - Loving What I Do and Doing What I Love!

The Life I Live: Crucified with Christ

thoughts from my mind to yours

A little bit of this and that

THE WOMAN WITH WHEELS

Thoughts from the Heartland

the joy of creativity

The details of my Journey.

Inspiration through my thoughts, experiences and travels

Cooking with a Wallflower
Kate's Bookshelf

All information not in hand belongs on a bookshelf

Christian poetry and prose, quotes, and thoughts - if they glorify God they were worth writing; if they mean something to one other person, they were worth sharing. Comments always welcome!

Reading fiction with a focus on craft